The match and query rule together with and/or rules are flexible enough to solve most complex authorization logic out there. However, in certain edge cases, we need to write custom validation logic. That’s where the webhook rule comes into the picture.

The basic syntax for the webhook rule is:

The webhook rule triggers an HTTP POST request on the URL specified in the rule.

The target service performs custom validation and responds accordingly. The webhook rule is resolved, only if the webhook target responds with status code 2xx.

You can optionally specify the variable to store the result of the webhook so that you can use the fields from the webhook response body in your other security rules like match.

The webhook request made by Space Cloud contains the following headers:

The token is nothing but the token from the client. sc-access-token on the other hand is a token generated by Space Cloud itself so that the webhook target can verify whether the webhook source is Space Cloud only.

The request body to the webhook target is a JSON object containing all the variables available inside security rules for that particular operation.

As a best practice, you should always verify that the incoming webhook request to your service is actually from Space Cloud only and not an intruder.

Space Cloud sends an access token in the headers of each webhook request to do so:

To verify whether a webhook is coming from Space Cloud only, you can verify the access token with the primary secret. As an additional security step, you can also check the value of role inside the token claims.

Forwarding the webhook results to your servicelink

You can easily the transform the JWT claims and the body of the webhook request using Go templates. Check out the documentation of transformations to learn more about transformations in detail.

To specify the Go templates for JWT claims and request body, we need to configure the following fields in the webhook rule:

To set the templates via security rule builder, check the Apply transformations option and provide the output format, JWT claims template and the request body template: 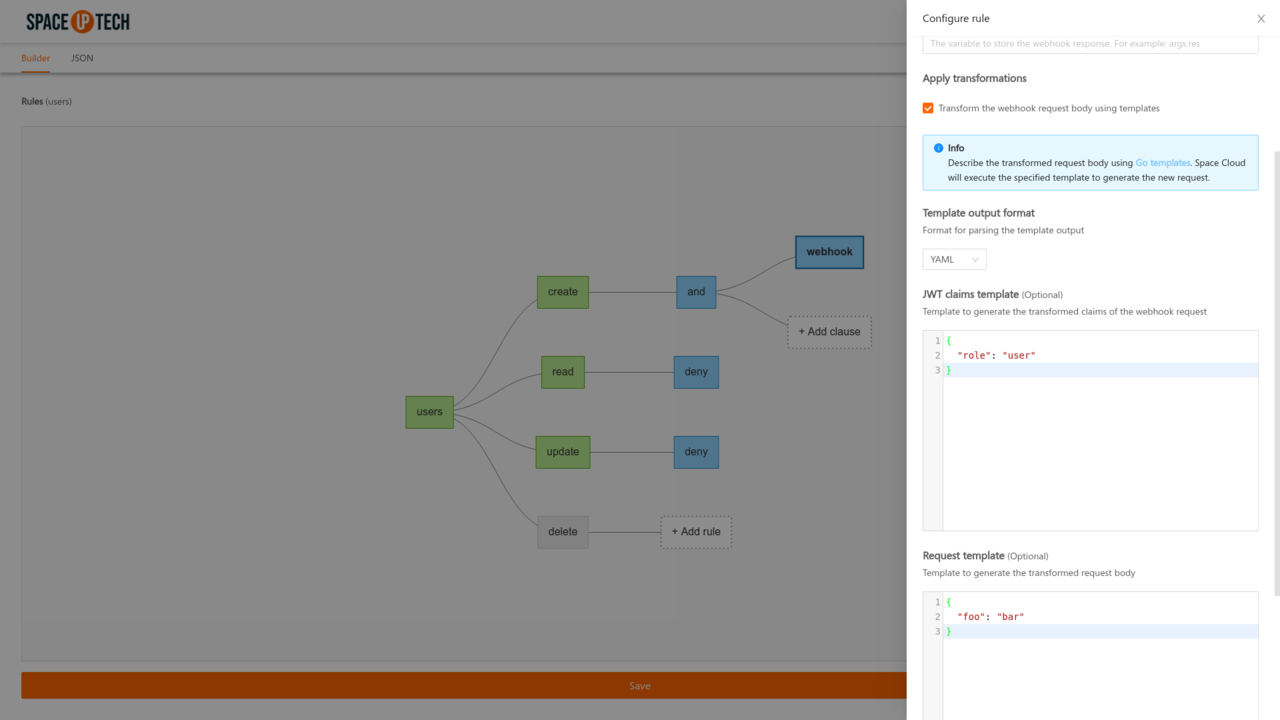 Have a technical question?